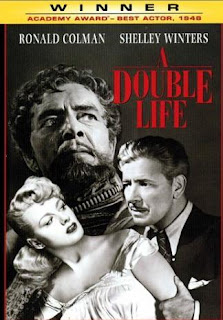 Iris's transformation into Lucia created a lot of problems within her family. Her father had left around this time and moved in with another woman. In her new identity Iris referred to the woman as the 'senora'. The personalities of Iris and Lucia were very different. Mrs. Farczady recalled 'her' Iris as "My sweet little Iris was a sad, serious, melancholy girl, a deeply artistic and thoughtful creature." Iris's mother also recalled, "she was always sad, quiet. Lucia on the other hand is full of life and gaiety." Lucia did not return to Iris's school directly after the transformation-"There was no point", she explained. I would not have understood the teachers pr been able to understand lessons in Hungarian and German." The new Iris-now Lucia, had a brief career as a Spanish language teacher. She got married at twenty-one to a German-Hungarian and had three children who are still living in Germany and Hungary, but have refused to talk to researchers.

After World War 2, Lucia became an electrical engineer after resuming Iris's education. This was a strange choice of career for a personality who had claimed to have been a washerwoman in her former life. This choice of career was, however, consistent with Iris's talent for mathematics and engineering. Perhaps Iris had not entirely disappeared as Lucia re-learned German and Hungarian easily. Indeed, in a trance state Iris would sometimes complain bitterly about the woman who had taken her over. Iris did seem to be resigned that Lucia was never going to go away and Lucia was still residing in Iris 65 years later.

I see I have some catching up to do on this intriguing series!!