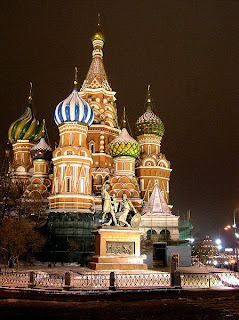 When in the night, I wait for her impatient,
Life seems to me, as hanging by a thread.
What just means liberty, or youth, or approbation,
When compared with the gentle piper's tread?

And she came in, threw out the mantle's edges,
Declined to me with a sincere heed.
I say to her, "Did you dictate the Pages
Of Hell to Dante? She answers, "Yes I did."


I hope to have more of Anna Akhmatova's work here. She was a Russian poet and author who lived from 1889-1966. She was born near Odessa, and spent most her her childhood in Tsarskoye Selo. Anna began writing poetry at the age of 11. She was born with the surname Gorenko, but changed it due to her father's fears that "a decadent poetess" would dishonor the family. Her writings were first printed in 1907, and eventually her books made her very famous in Russia. Her poems are mostly about love, but she has other wonderful poems involving other subjects. She is considered to be in the same class of poets and authors along with Pasternak, who twice proposed to her, Osip (Emilevich)Mandelstam and Marina Tsvetaeva. Her masterpiece "The Requiem" was not published until the fall of the Soviet Union.
Posted by Devin at 1:33 AM

Leon, thank you so very much for stopping by MFM! The credit for 90 percent of what I do here goes to other creative people! I do hope that after finishing a series I have been working on to have much more of my writing here and will continue to always try to have great poetry here. There are also many other itmes that inteerest me that I would like to blog about.

I am waiting a bit to see if my connection holds and then I will have more of the H/A story here. After that I should be down to 3 last posts on the subject-unless I have to sub-divide one of the posts into 2 parts.
Peace and be well Leon! and I hope you continue to stop by when you are able to.