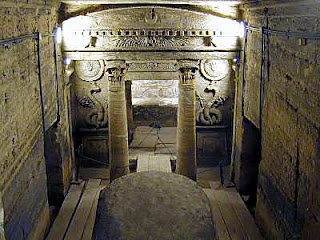 We come back to our story about two years later in Egypt, between August and October 130 AD. The imperial party had landed in Alexandria by now. Hadrian was greeted cordially by a people he ruled over as a Pharaoh. This was because Augustus had made Egypt a personal possession of the Emperor. Augustus had conquered Egypt in 31 BC and had kept it outside of the ordinary provincial administration of the Empire. Egypt was Rome's breadbasket. The ruler of Egypt was appointed by the Emperor as a viceroy or Prefect of only equestrian rank. Egypt had a centralized bureaucracy consisting mainly of Greeks, as the country had been largely settled by them at this stage of history. Hellenistic culture had spread from the Greek colonies of Alexandria, Naucratis and Ptolemais to the other cities around the country. Two Roman legions kept the unruly populace under control.

Hadrian's welcome in Alexandria also had another side. The Greeks resented the lack of local autonomy Rome put in place almost everywhere else in the Empire. To the Alexandrian's there was a humiliating lack of independence enjoyed by every other Greek polis, or city in the world. The Alexandrian's greeted Hadrian with public affection, honors, statues and flattery in front of him. However, behind his back they mocked him with satires aimed at his sexual inclinations, some of which involved his relationship with Antinous. From Royston Lambert's, Beloved and God: "Already as August wore on, and the folks of the Delta anxiously peered at the muddy waters and took their measures to ascertain if the Nile's flood was promising or ominous, Hadrian, always restless, must have been longing to get away. Alexandrian scorn had rapidly cut this Pharaoh-Zeus down to puny human size. The time had come for Hadrian publicly to reassert his divine stature and heroic mission."

The image is that of Roman catacombs beneath what would have been ancient Alexandria, now modern day Kom Al-Shouqfa, Egypt. There are three levels to the catacombs and the lowest level is underwater.
Posted by Devin at 1:17 PM