Hadrian & Antinous: Voyage to the Sun Part One 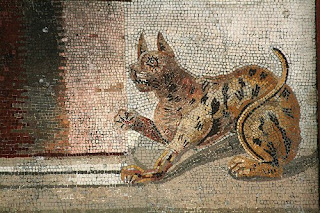 As I begin the study of the voyage that was to change the lives of Hadrian and Antinous, perhaps everyone on the journey, I will not even attempt to use my own words at the start and go again to Royston Lambert's, Beloved and God for his beautiful way with words and imagery: " No one could foresee how momentous and extraordinary the great second journey was to prove: how it would last at least four and perhaps six years; how the status of Athens in the Greek world would be transformed; how the Greeks themselves would generate a fever-pitch of self-conciousness and exultation, resulting in unprecedented unity; how the most bloodthirsty war in the reign would be almost intentionally ignited; how two of the group now entering the Greek east as mortals would soon be elevated among its gods; how all the splendour and elation of this tour would be marred by inexplicable aberrations, tragedy, grief, and breakdown and how, throughout, in one way or another it was to be haunted by the unwelcome spectre or the deliberately provoked challenge of death."

Fortunately, we can know some of the people who accompanied Hadrian and Antinous on this journey. Sabina, who had finally been made Augusta. Sabina's younger and unmarried sister, Vibia Matidia. Vibia had brought among her ladies an older but lively woman, Julia Balbilla, who was a poetess and descended from the ancient kings of Commagene-a fact she made sure everyone knew of. Balbilla was related on the maternal side of her family to Balbillus, an astrologer and Prefect of Egypt. This was the same Balbillus who had advised Nero to kill some of his loyal subjects as a way to ward off omens of death. This makes one wonder if Julia Balbilla, perhaps dabbled in the ancient occult arts herself and if the examples set by her predecessors might have had any influence on Hadrian's interest in the subject and maybe influenced Antinous' own mind with a decision he would make on this fateful journey?

Some of the male companions on this voyage were well known and most probably enjoyed by both Hadrian and Antinous. The Caesarnii brothers, Statianus, who had already done secret missions for Hadrian and Macedo, whose image has been identified on the tondo of the boar hunt riding behind Antinous. The others that were known to have been on this voyage would all die young. Hadrian's nearest blood relative, Pedanius Fuscus, a great nephew, who was already atracting attention in Rome and was seen by many as being groomed for the succession. Later on Fuscus turned out to be a disappointment and never assumed this office. From Beloved and God: "It may be unlikely that Fuscus got on well with his almost exact contemporary Antinous whom he must have known and perhaps despised. There may have been rivalry and jealousy for Hadrian's attention between them. And the presence of this young, pushing and impeccably bred heir-presumptive can have done nothing to lessen Antinous' feelings of insecurity and complication of role."

Some historians say Lucius Ceionius Commodus, who was already becoming important to Hadrian was in the entourage at the beginning of the journey. However there isn't any historical record of this, although he may have joined it later in Egypt. There was one other young man that was present from the start, Lucius Marius Vitalis. Antinous may have got along with him as the young man had no imperial pretensions. He probably died in Athens. Here is a funerary inscription about him by his mother that talks about him and his short life: I, Lucius Marius Vitalis, son to Lucius, lived seventeen years and fifty-five days. Being accomplished in book learning, I persuaded my parents to let me learn art. I departed from the city in the suite of Hadrian Augustus Caesar. While I was studying, the Fates became jealous of me. They snatched me away from art to this place.
Maria Malchis, his most unhappy mother, to her most revered son.
With this young man most likely dying during the early part of this journey, we wonder-was this an omen of events to come?

The image is of a Roman mosaic of a cat. The next part of the series is ready to go. I would like to post some things in between this and have just barely started working on the post after the next. Hopefully if all goes well I can keep the H/A posts coming with not too many days between them. Best wishes to anyone enjoying this series, other things here or just passing through.
Posted by Devin at 5:12 PM

Hi Devin
Am synching with you a little at the moment by looking into a young death too - it's interesting to see how great an impact unexpected young death can have, especially high profile young death. I'm trying to get my mind around why this is so - I wondered if you had any ideas.

O boy-let me think for a minute-The only thing I can think of off the bat is the trauma this brings on in society when it happens-ley me ponder -will come to your place if connnection holds
I was studying offline for about 2 and a half hours and came across two new words to me studying H/A the mysteries of eleusis-they might have synchro-value. As always so happy to see you here it is 'different' but a delightful different how the thoughts we have seem to connect had another thing happen that may have been synch to my personal life althought not about Dej-Pauker I will comment at your place in a bit :-)Devin

(1) 'Fuscus,' in Latin, means "the dark one." Has me wondering about the fellow's lineage.

(2) Interesting that a voyage like that would be pivotal to so many lives, but six years is a long time. It's longer than a lot of prison sentences...and a few college matriculations
.

X-glad you came by again-as I was gonna mention that I have found one thing and looking for other ?s about the H/A series--I know you had asked this particular one-I have so many papers scattered about it might take me a bit to find it

This was another fascinating read. I know almost nothing about that particular piece of history.

Never too old to learn and thanks for leaving such a nice comment on mine.

Middle-thanks so much for your comment here-I can't wait to see more of your place! I am learning do much that is new also-and that was a wonderful thought-we-all of us are never to old to learn new ideas and thoughts. Best to you!