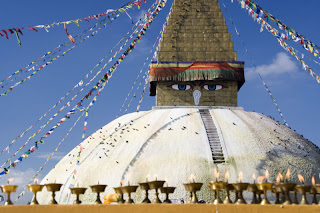 Here are some more questions and research I have done for my posts on reincarnation. This is really turning out to be stream of consciousness research and thinking so I hope I am not losing anybody-please feel free to comment if I am or am making anything unclear. First I would like to give a short list of 'musts' for my theory to be valid.
1) We must have souls.
2)We must have other bodies than the physical, the subtle bodies.
3) Our reality can not be a 'matrix' type reality where all we are is ones and zeros in some hugely powerful cosmic computer.
4) This bit is just some thinking I have found in my research and am 'synching' to in my own theorizing, so number 4 is not a must but I find this line of thinking intriguing. We may not be one but many souls even though to us it seems our lives are being lived sequentially. From a timeless standpoint-eternity-everything is happening at once. This leads me to wonder if along the lines of thinking how many people we are and how many roles we play that if we are in reality not one soul-but many. I think that looking at it this way each person may be composed of a 'group soul'. Who knows how many souls this might be and the number would probably be different for everyone and is not that important. From the standpoint of eternity 'I' might be alive in the days before agriculture, the Roman Empire, the Renaissance, the Bolshevik Revolution and an era even closer that relates to my own story that I will tell here soon-about why I think the ideas about reincarnation have some validity-although we may never know 'what' theory is correct. In this viewpoint 'I' would be alive at all of these times simultaneously. This thinking would explain some things and yet open up a whole other can of worms in other areas. I have also wondered if not only human souls or group souls reincarnate, but I wonder if certain periods in history are themselves 'reincarnating' in a way. I first thought of this when I looked at how modern day America has so many parallels with old Rome and also things like the bizarre coincidences and synchronicities between the Kennedy and Lincoln assassinations and other historical events have given me pause to reflect on this idea. Hopefully there will be more to come in the future on what I am starting to think of as 'timecycles'.


The transmigration of souls, the doctrine that after death the soul moves on to inhabit other bodies for as long as it needs to, until liberation from maya and samsara in the Eastern religions, in other words liberation from the cycle of death and rebirth into this world of illusion (maya) has been around for a long time. In both Buddhism and Hinduism samsara is the endless round of birth, death and re-birth to which all sentient beings are subject. Samsara is conceived as having no beginning or end. The overall determining factor of a soul's wanderings in samsara are determined by karma. In Hinduism, moksha is release from samsara. In Buddhism, deliverance from samsara is achieved by reaching the state of nirvana. The range of samsara goes from the lowliest insect, in some religions the vegetable and mineral kingdoms are even included, all the way up to Brahma, the highest of the gods. Belief in some form of reincarnation can be found in almost all societies, from the most primitive to the most 'advanced'. The belief in reincarnation is somewhat fashionable among the most materialistic and spirit-denying cultures and is a way of life in some of the oldest and most spiritual cultures.

From antiquity there is examples in ancient literature such as Ovid's, Metamorphosis, in which deities take on human and animal forms. This may have been an early forerunner of 'reincarnational' type thinking. The idea of reincarnation is thought to have emerged from the Nile basin and then spread as far as India and then westward to Greece. The extreme eloquence of the ancient philosophers made reincarnation a source of hope for people who longed for eternity and justice. It is important to note that the thoughts along these lines of the ancient Greeks are quite different in some ways from the Eastern religions. Among the major religions the doctine entered Judaism through Kabbalists, via Jewish philosophers into Christianity and finally into Islam through the ideas of religions and sects like the Sufis. Belief in reincarnation in Egypt, India and Greece could have developed out of a need for immortality of the soul. It again should be noted how different the Egyptian and Greek thoughts on the afterlife were from religions like modern day Buddhism and Hinduism. The ancient Egyptians clearly believed in a form of afterlife and other realms besides the earth plane of existence, but it is very obvious from looking at works like the Egyptian Book of the Dead that their main core of beliefs were to prepare for life on another plane of existence and not come back to this plane again in human form. The belief that the ancient Egyptians actually believed in reincarnation could have come from Greek translations of Egyptian work that had things in it like the transmigration of souls and souls being able to take the forms of other bodies after death. However on closer inspection the Egyptians were thinking of taking the forms in the earth plane from a higher realm of existence and not taking the forms by coming back to this plane of reality.


I think the ancient Greeks were much closer to what we now think of as reincarnation than the Egyptians. Pythagoras believed in metempsychosis, a philosophical term in the Greek language referring to the belief in the transmigration of the soul, especially in it reincarnation after death. It is also obviously a doctrine followed by the Eastern religions although there are many variations here, Jainism and Druzism, where a human can incarnate into the bodies of another human, animal or even plant. The term metempsychosis has also been used by modern philosophers such as Schopenhauer and Kurt Godel, the word also plays an important part in James Joyce's Ulysses and is also associated with Friedrich Nietzche. Pythagoras believed that souls reincarnated again and again until they became moral. His ideas of reincarnation were influenced by ancient Greek religion. He claimed to have lived four times previously and to remember them in detail. Pythagoras also claimed to hear the cry of a dead friend in the bark of a dog. Another of Pythagoras' beliefs that are interesting to think about in light of previous posts at MFM is that the essence of being is number. Being relies on the stability of all things that create the universe. Things like health relied on a stable proportion of elements; too much of one and too little of another causes an imbalance that leads to sickness. Pythagoras viewed thinking as calculating with the idea of numbers. The philosophy evolves into a belief that Knowledge of the essence of Being can be found in the form of numbers. If this is taken a step further one can say that because mathematics is an unseen essence, the essence of being is an unseen characteristic that can be encountered by the study of mathematics.


So just how old is the idea of reincarnation? I think the ideas and thoughts that led to the belief in reincarnation are very old, going back thousands and thousands of years. But in the current form that modern Hinduism and Buddhism believe in it, the idea is not that comparitively old at all. Paraphrasing Swami Agehananda Bharati, who is an Austrian by birth and was initiated into Hinduism in India in the early 1950s: Q How old is the doctrine of reincarnation? Bharati: "It is not as old as people would think. You only have marginal mention of something like transmigration in the older sections of the Vedas. There is the first complete mention, though brief, in the Brihadarankaya Upanishad which is quite old. But the real thoughts having to do with reincarnation come in the Puranic age (500-300BCE), at the time the Puranas were composed, and then of course through Buddhism. So it probably reached a state of common acceptance around 300 BC, so it is old but in its highly articulated form not that old."

The image is of the Bodnath Stupa in Kathmandu, Nepal. I forgot to mention the credentials of the just mentioned Swami Bharati-they were very impressive and I will come back with those once I find where I wrote them down. I hope you enjoyed this kind of detour and history and some ponderings on where and how the thought of reincarnation first got started. I want to do many many different things in January, so it will not be reincarnation all the time here at MFM. I have done a lot more(well comparitively a lot more writing for my book) and want to start new topics of discussion also. I still owe all of you 'my story' about how I came to be interested in the subject of reincarnation so that should be coming very soon. Here are some more links.
http://reluctant-messenger.com/origen10.html
http://en.wikipedia.org/wiki/Shinto
http://www.iep.utm.edu/l/laozi.htm
Posted by Devin at 12:52 AM

Okay. In the latest post, I asked why yo're interested in the classics. Strike the question. This gives m a better insight. You're comparing traditions of reincarnational thought. Quite interesting to someone like me, who has little knowledge of the subejct.

The thing is X-am I doing it right? I get to laughing when i look at the various points of view in academia-one very well written paper-absolutely insisted Pythagoras was a monotheist-that as far as the evidence i unocvered is completely false-he threw in Akehenatens name as someone who didnt believe in reincarnation and other deities-perhaps that was right-sometimes it depends on who you talk to:-) I am glad you found this interesting and would love to hear any of your thoughts about how I could do future posts with the classical era in them-here is one idea i had-i have a wonderful book (owned not library) that is about the rise and fall of empires from the 1500s to 20th cent-if someone knows the name of a good book that i would be likely to find at a library about how Rome rose and fell-I have a book now about the emperors from tiberius to the antonines-it is informative-but written so dry-just a thought if you or anyone knows any books out there written along this line about Rome that is interesting. Best to you as always and happy new year!

oops i meant the paper stated Pythagoras did not believe in reincarnation of any type not monotheism.