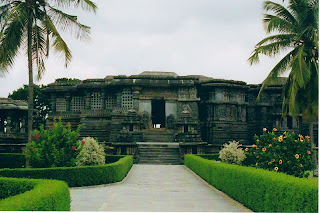 The astral body in the 'theory' I am trying to develop would be the next subtle body after the etheric and higher up the ladder spiritually. There is an enormous variety of different placements of the subtle bodies in the religions and metaphysical philosophies of the world. I am just trying to set my own foundation in a way that makes the ideas of ancient times fit my ideas without having to use a jackhammer and a chisel to make them fit.

The concept of the astral body as it is thought of in western esotericism goes all the way back to the famous Greek philosopher, Plato. In the Myth of Er, Plato told an account of an afterlife that led to reincarnation after travelling through the seven planetary spheres. Plato taught that man was composed of a mortal body, immortal reason and an intermediate spirit. The word 'astral' means 'of the stars'. The late Neoplatonist Proclus (412-485 AD), who was one of the last major Classical philosophers developed an elaborate system of metaphysical thought and is credited with being the first to speak of the subtle planes. By the time theosophy came around the astral body was thought to be a desire body and am emotional body through which it was possible to experience all varieties of desire. George Gurdjieff referred to the astral body as "the vessel of the soul"; it is of the sun and all planets, just as the physical body is of the earth. In Gurdjieff's words while the astral body is not developed a person is a "human being only in quotation marks", who cannot be considered in any meaningful sense to have a soul and will "die like a dog". In depth psychology parallels between the astral and unconscious mind have been drawn. Carl Jung drew on alchemical and classical imagery to explore the dynamics and symbols of memory, dreams and religious initiation. Jung saw the astral journey as a paradigm of "modern man's search for a soul", and imagined a collective unconscious memory, driven by archetypal forces and knowable in the symbolic language of dreams and visions.


With the ideas I am forming the astral body has the ability to explore other planes of existence whereas the etheric body does not. The astral body in my view is a lot more important than the etheric and physical bodies when looked at in a certain way. The astral body in my world view would not only envelop the physical and etheric bodies, but would also inhabit a world a lot like the Imaginal World of Sufi mysticism. In esoteric Ishraqi, Sufi and Shaikhi Islamic traditions the Imaginal World or Realm is a region of pure forms (archetypes) intermediate between the region of pure spirits and archetypes totally unconnected to matter and physical reality. It would also be equated with the Egyptian Ba (a human headed bird). The Ba is the 'soul' connected with the Ka which is symbolized by a pair of upraised arms and represents the individual ego, character, and disposition of a soul and is created with or even before the physical being. The Ba dwells in or with the Ka. In many texts the Ba also lives with Ra or Osiris in heaven. The ba also plays a role in cosmogenesis. The soul, ba of Shu was the fire produced by Atum at the moment of the initial creative emission of semen. Likewise the Creator "made metamorphoses startting from this, his ba", the ba thus playing the role of the determining individualizing force, the first active principle, parallel to the first coagulation, the disruption of the inertia in the cosmic ocean."


In my view if we take a look at our psychic beings, but up a level from the plane where the etheric body has its being, this takes us to the astral body and the astral realm, which somewhat corresponds to the plane of occultism and esotericism that investigators of psychic phenomena are so fond of. The astral realm and astral body in my system closely correspond to the Imaginal World of the Sufis. the world of Yetzirah which is one of four planes of existence in Kabbalah and is also known as the 'World of Formation', somwhere between the World Soul and Divine Mind (Nous) of Neoplatonism and between the mental body (manomaya-kosa) and higher intelligence body (vignanamaya-kosa) of Hinduism.
The image is of the Hoysalwswara Temple dedicated to the Hindu god Shiva in Karnataka State in southwestern India. This was originally going to be one post but I have some more information I can hopefully put up today or by the 31st. I have a lot of things I am working on right now and have worked a lot more on the book I am trying to write and am working on ideas for posts to put in between the work on reincarnation that I am doing, as this will probably go on for some time. I very much appreciate getting all of the thoughtful comments and enjoy reading the blogs I link to and follow. Peace and be well everyone! Here are some links-more will be coming in the next post. http://en.wikipedia.org/wiki/Neo-Platonism
http://en.wikipedia.org/wiki/Proclus
http://www.religionfacts.com/jainism/beliefs.htm
http://en.wikipedia.org/wiki/Sufism
http://en.wikipedia.org/wiki/Hindu_cosmology
Posted by Devin at 12:17 AM

Enemy of the Republic said...

Excellent analysis of the astral body. I am studying to be a yoga teacher and we have covered this. Many of us operate on the astral plane without knowing it.

EotR! Very happy you dropped by MFM-I finished that post very early in the am AZ time-the blog time is one hour behind my actual time-and I was afraid it was poorly written-I am so glad you enjoyed it-and I definitely agree with your thoughts about operating on the astral without many realizing it-I think of it as where does all this energy go? and is there anything that feeds off this energy? It sure seems like you have an interesting life! your blog and studies show it -comments also-best to you as always and I hope you are getting ready to have a superb 2009!

Hi Devin
Am glad you didn't choose 'The Way of the Jackhammer' :) I like your vision of the astral body.

Awhile ago I read a marvellous author/healer who suggested that each of these bodies 'nests' within each other - so rather than looking say at a collection of links, each 'self' rests within each other - for me a a lovely idea in that it does not create a heirachy of importance.

I hope you are enjoying your day. My friend & I have decided to label the coming year as the the Year of the Laughing Frog (in my animal medicine cards frogs call the rain & quench the earth, so a 'laughing rain' sounds very soul quenching - thought you might smile with that idea :)

wise -I did indeed smile about the Year of the Laughing Frog idea:-)
I am glad you commented about the hierarchy of importance-because in this post I did I might have made it sound like the astral was overly much important than the other sublte bodies -I like the nested idea better myself-without any of them you could not have a 'body' at all-I love the thought of the laughing rain -I absolutely adore rain-gentle or thunderstorms-and living in arizona do not see much of it! I am so very happy you stopped by! I was doing research at the computer-which is killing my back-but I do not have any books i can get this infor from-I have been writing also so my fingers are tired-earlier i had laid down in bed and worked on my so-called book:-) that was much more comfortable-i might have enough info to do a post this am or tomorrow afternoon-not sure yet i am definitely going to get out the tape recorder and talk into that instead of write research for awhile. Best to you and yours as always-so glad you seem to be having a splendid time in Perth and thanks so much for your thoughtful comments!

ps-my cat does not like it when i do research at the computer either-at least when i do research from books laying down in bed i can throw her toys (pens being a major variety of them-she fetches them believe it or not) and she is doing anything and everything right now to distract me-its almost like shes telling me "lay down and work on your damn book" :-)

hello devin, hows your new year? thank you for your comments.

i agree with wise woman devin..

Thanks so much for stopping by Prince Naki! I really appreciate your thoughtful comments. So far my new year is fantastic -I hope yours is going the same way! Best to you as always and I do enjoy your blog very much!