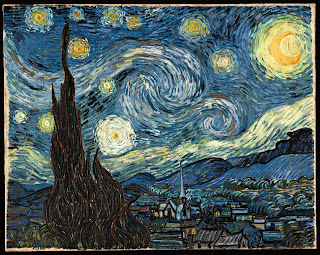 This post will begin a series of posts that I hope to be doing for a long time about all different subjects in the realms of the paranormal, esoteric and the Fortean. I will be doing these here and there-not sequentially. My writing for this one may be kind of stream of conciousness and I apologize to anyone who has trouble reading this way-sometimes it is the only way I can think about a subject in mind.

I would like to start this series about the UFO phenomenom, but hope to have many other case studies and subjects involving mysteries of the paranormal about all types of things and as the posts go it may be UFO for the first post, reincarnation the second and alternate time-lines in the third and so on. I am all over the place here at MFM and its just the way I am-but once I start a series such as H/A or Iris/Lucia don't worry if nothing prevents we will get to the end.

The first thoughts that I have about the phenomenom are what the heck are they? To me there is no doubt something is there but I don't feel I have a clue as to what it represents.
Several theories come to mind after having read so much about the subject. Are they us-from the future-and the craft represent time travel machines. Are they actual alien beings from other star systems? Perhaps they are ultra-terrestrials-a theory much talked about in the work of Jacques Vallee and others-beings who are here-but not here-kind of in a side ways reality and dimension to ours. Maybe we are just hallucinating the whole panorama of events-although if this is the case it is one incredible trip we are on. To me, one of the most fascinating theories I have heard of is that the craft and creatures come from the imaginal realm. In this hypothesis-we are creating them and they might be creating us. In modern day quantum physics this might have a leg to stand on. In many experiments-involving pure scientific method-shocking results have occurred regarding what the scientist expects to see and what the outcome of the experiment really is. Also in many areas of quantum physics the observer creates the reality. Non-locality-where two particles once created together always change their states with regard to the other no matter how far apart they may be has been proven-in other words they seem to have the ability to change their states of being no matter how separated in space they are at an instant-in other words faster than the speed of light. There is also an experiment that can be done in which a scientist on earth, in the way he chooses to do the experiment can determine if light coming from a distant galaxy travelling say 6 billion years in space-time to us-can make the decision if that light has come to us in wave fashion or particle fashion-how does this happen-the light coming to us left that galaxy 6 billion years ago-how can what someone chooses to do on earth six billion years later have any effect? It is almost like having the magical ability to decide what the reality of a long ago event will be-just by choosing to do the experiment in one fashion or the other. There are many more things in the field of quantum physics than I have mentioned that 'if you are not shocked by, then you truly haven't understood it'.

These thoughts lead into my next ponderings. How is it that there is anything at all? Ever thought of that one? To me that is one great -maybe the greatest question that has never been answered -to my satisfaction anyway. From science we have the universe came out in the 'Big Bang' because the fluctuations of the vacuum were unstable. I think this is a completely unsatisfactory explanation. I think the void of non-existence should have been so complete as to not even have the fabric upon which the 'quantum fluctuations' could have popped out of. Let that really sink in for a moment. How could anything have come to existence out of a No-where and No-place 'void' that to me should have been of such magnitude and depth-literally infinite-I just do not think science will ever explain how NO-THING produced SOME-THING. Of course,we all know that 'science' and 'materialism' are the Alpha and Omegas of all human experience and understanding (sarcasm).

In the next post -maybe here very soon-as I had wanted this to be all one post-I want to get into the varieties of contact experience. I just wanted to leave for a bit and gather my thoughts for the next section-very soon if not this am. But before I go with this one- getting back to the imaginal realms-sometimes I think of it this way-there are about 6.7 billion people on earth-for every year that passes 6.7 billion stories are told-in a way for each year that passes approx 6.7 billion years are passing if you look at each human on this planet as a precious individual who is co-creating with this vastly beautiful and unimaginably mysterious place we inhabit-as opposed to looking at an individual as a disposable consumer-unit with predictable tastes and habits who can be controlled and modified to suit the needs of an over-class, who think of the people they rule over as nothing more than 'useless eaters'. Hope to be back very soon-peace and be well all of you! The image is of Vincent Van Gogh's 'The Starry Night'
Posted by Devin at 1:27 AM

Hi Devin
Enjoyed your posts & your musings.
Much of life (maybe all of it), is very, very strange, why is that we act as if it is easliy understood - I seem to make interesting connections when I can keep my mind open long enough to think wtf about something I have previously taken for granted. I did like that you said wtf to the idea of 'some thing' coming from 'no thing' - seems like if you get enough experts talking about something, that 'means' that it's real - does rather remind me of the Emperors new clothes.

Enjoyed your humour in both new articles. Hope you are having a splendid day (or night)....ok I just checked it's evening with you!

Hi wise-so glad you could stop by!-I was a little leery of posting my attempts at humor-as they seem to often fall flat on their faces and did not in anyway want to be seen as poking fun at the contactees-as I believe their stories and have total respect for them. As always I agree with your thoughts completely. I have an H/A post ready to go-but I will wait til tomorrow-as it is a long one(for me) and my fingers tonight seem to be skipping all over the place-so the universe willing-that should be here tomorrow sometime early to late eve AZ time most likely-I forgot to check on our time differences-will do it now-I enjoy communicating so much with you like this! Peace and best to you and yours-Devin ps still looking into Dej,Pauker,reincarnation research-should have said Dej-Pauker era-maybe I will have something in some weeks to post about it maybe sooner.

Hi Devin
You reminded me of something I meant to mention yesterday - drove behind a car with licence plate DEJ and later one with CCCL - which just made me think of CCCP - methinks the universe is aware of your interest!

Hope your day is going well - yes we are in the future in NZ - is there anything you'd like to know :)

Wise that is astonishing! Unless these plates would be very common-but I take your view that maybe the universe is aware of my interest in pursuing this matter!
Always glad to see you here and I so enjoy our communications!
I may indeed have a time when I need to know what is 20 hours ahead in my future-so I hope we continue to communicate and synch-together-Blessings to you from AZ to NZ-Devin

I think your approach is a helpful one. Instead of going for the binary response (alien vs. imaginary), one really has to come to grips that we don't have a clue as to what the phenomenon means. For all we know, it could be completely Earth-based (I plan on blogging about that someday).

Quantum phsyics could open up a lot of avenues of enquiry into the paranormal.

X-I would love to see you do posts along those lines-couldn't agree with you more about QM-there is just such an incredible amount of things we don't know! Best to you!