Is There A Way Out? Part Five 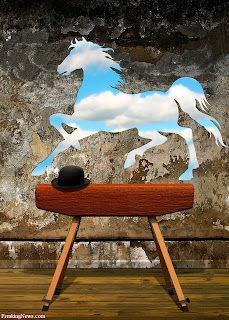 I would like to post some of Ken Wilber's thoughts on suffering from his book No Boundary: Eastern and Western Approaches to Personal Growth published in 1979 from pages 85-86: "The movement of descent and discovery begins at the moment you consciously become dissatisfied with life. Contrary to most professional opinion, this gnawing dissatisfaction with life is not a sign of "mental illness," nor an indication of poor social adjustment, nor a character disorder. For concealed within this basic unhappiness with life and existence is the embryo of a growing intelligence, a special intelligence usually buried under the immense weight of social shams. A person who is beginning to sense the suffering of life is, at the same time, beginning to awaken to deeper realities, truer realities. For suffering smashes to pieces the complacency of our normal fictions about reality, and forces us to become alive in a special sense-to see carefully, to feel deeply, to touch ourselves and our worlds in ways we have heretofore avoided. It has been said, and truly I think, that suffering is the first grace. In a special sense, suffering is almost a time of rejoicing: for it thanks the birth of creative insight.

But only in a special sense. Some people cling to their suffering as a mother to a child, carrying it as a burden they dare not set down. They do not face suffering with awareness, but rather clutch at their suffering, secretly transfixed with the spasms of martyrdom. Sufferring should neither be denied awareness, avoided, despised, nor glorified, clung to, dramatized. The emergence of suffering is not so much good as it is a good sign, an indication that one is starting to realize that live lived outside unity consciousness is ultimately painful, distressing, and sorrowful. The life of boundaries is a life of battles-of fear, anxiety, pain, and finally death. It is only through all manner of numbing compensations, distractions, and enchantments that we agree not to question our illusory boundaries, the root cause of the endless wheel of agony. But sooner or later, if we are not rendered totally insensitive, our defensive compensations begin to fail their soothing and concealing purpose. As a consequence, we begin to suffer in one way or another, because our awareness is finally directed toward the conflict-ridden nature of our false boundaries and the fragmented life supported by them.

Suffering then, is the initial movement of the recognition of false boundaries. Correctly understood, it is therefore liberating, for it points beyond boundaries altogether. We suffer, then, not because we are sick, but because intelligent insight is emerging. The correct understanding of suffering, however, is necessary in order that the birth of insight is not aborted. We must correctly interpret suffering in order to enter into it, live it, and finally live beyond it. If we do not correctly understand suffering, we simply get stuck in the middle of it-we wallow in it, not knowing what else to do."

Notes On 45th Birthday or Being An Eternal Tourist 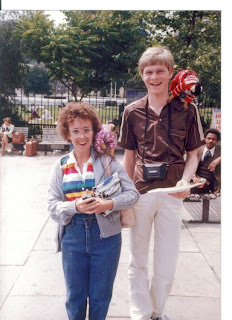 Sometimes I would
like to walk
thru a door

what is behind this door
hopefully some answers

This door can be

Well maybe to explain
why I have had sex, made love to
or been fucked
by at least 300 different men

are but
the vaguest of
ghosts now

The booze now replaced by Oxycodone and Xanax

The United States of Amnesia

3 women tried to save me from myself

One was my tenth-grade English teacher

One was my mother

we were driving to somewhere?
from somewhere?
on a cold Colorado nite sometime in 1982

In the brown Oldsmobile 98

My mother looked at me

her firstborn- she read "To Kill A Mockingbird" the nite b4 I was born
and said:

"Don't worry Dev- we will get thru this (about my drinking at school- little did she gno there were other "get thrus" coming) We are survivors!"

Well that we are - my

But I rather wish

I had been a
survivor like
you
and not
me

is indeed
a Red Octopus

It seems to want to

envelope with love
or strangle with hate
at the same time

If I found my door

would the answer
to this
and so many other things
lie behind it?

There are many more "notes" coming my friends- not to worry:-) Peace and God bless to anyone stopping by here! Thanks also for your kind, wonderful, sometimes hilarious and always very thoughtful comments- and wonderful links!. O guess which one is me in the pic- taken in London in 1982- me and me friend don't look too "dorky" or too American do we:-)

Is There A Way Out? Part Four 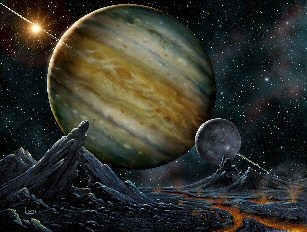 More information is given on pages 41-44 in Beyond The Brain about how the knowledge he gained from psychotherapy sessions using LSD as a tool challenges the mechanistic view of the universe: "The most critical and serious challenge for the Newtonian-Cartesian mechanistic model of the universe comes from the last category of psychedelic phenomena, an entire spectrum of experiences for which I have coined the term transpersonal. The common denominator of this rich and ramified group of unusual experiences is the individual's feeling that his or her consciousness has expanded beyond the ego boundaries and has transcended the limitations of time and space."

"Many experiences belonging to this category can be interpreted as regression in historical time and exploration of one's biological, cultural, or spiritual past. It is not infrequent in psychedelic sessions to experience quite concrete and realistic episodes of fetal and enbryonic life. Many subjects report vivid sequences on the cellular level of consciousness that seem to reflect their existence in the form of sperm and ovum at the time of conception. Sometimes the regression appears to go even further and the individual has a convinced feeling of reliving episodes from the life of his or her biological ancestors, or even drawing on the pool of collective and racial memories. On occasion, LSD subjects report experiences in which they identify with various animals in the evolutionary pedigree, or have a distinct feeling of reliving memories or their existence in a previous incarnation. "

"Individuals who encounter transpersonal experiences of this kind in their psychedelic sessions frequently gain access to detailed and rather esoteric information about the corresponding aspects of the material that by far exceeds their general educational background and their specific knowledge of the area in question. Thus, the reports of LSD subjects who have experienced the episodes of embryonic existence, the moment of conception, and elements of cellular tissue, and organ consciousness abound in medically accurate insights into the anatomical, physiological, and biochemical aspects of the processes involved. Similarly, ancestral experiences, elements of the collective and racial unconscious in the Jungian sense, and "past incarnation memories" frequently bring quite remarkable details related to specific historical events and costumes, architecture, weapons, art, or religious practices of the cultures involved. LSD subjects who relived phylogenetic memories or experienced consciousness of contemporary animal forms not only found them unusually authentic and convincing, but also acquired extraordinary insights concerning animal psychology, ethnology, specific habits, complex reproductive cycles and courting dances of various species."

"Many LSD subjects have independently reported their insights that consciousness is not a product of the central nervous system and, as such, limited to humans and higher vertebrates. They saw it as a primary characteristic of existence that cannot be further reduced to, or derived from, anything else. Those individuals who have reported episodes of conscious identification with plants or parts of plants had sometimes remarkable insights into such botanical processes as germination of seeds, photosynthesis in the leaves, pollination, or exchange of water and minerals in the root system. Equally common is a sense of identification with consciousness of inorganic matter or processes, such as gold, granite, water, fire, lightning, tornado, volcanic activities, or even individual atoms and molecules. Like the preceding phenomena, these experiences can be associated with surprisingly accurate insights."

I am not doing much of anything fast these days- but hope to have the next part of this series here before a matter of months goes by;-)! All the best to anyone stopping by!
Posted by Devin at 6:27 PM 8 comments