Link and Thoughts for the New Year 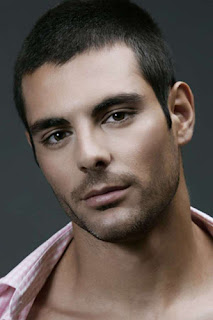 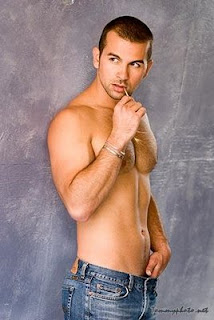 Swami Agehananda Bharati was a professor of anthropology at Syracuse University and was considered one of the foremost western experts on Hinduism and Buddhism. He lived from 1923 to 1991 and by the time of his death had published 500 books-wow-just wow-I would be overjoyed to publish one book or short story:-) here is a link where you can learn more about this fascinating mans life. http://www.mnsu.edu/emuseum/information/biography/abcde/bharati_agehananda.html 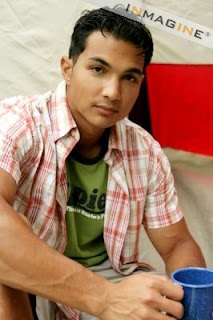 I also wanted to wish each and every person that I link to and follow and each and every person whose blogs I comment on and those who comment here an absolutely splendorous, wonderful, exciting, joyful and awe-inspiring 2009! This is said from the depths of my heart and soul. It amazes me at times how someone with my paltry level of education can get such intelligent, thoughtful, insightful, funny, and just simply beautiful and majestic souls to comment here. I want to continue along the lines I have been going with my study of reincarnation and also want to introduce some new metaphysical and philosophical musings, have new posts about paranormal subjects, my writing, poetry and I am also trying to think of another subject along the lines of the Hadrian and Antinous series that I could work on-although at a much slower pace than the H/A saga. Rome continues to fascinate me and I was trying to think of interesting people both men and women from that time to do posts about, how Rome went from a republic to an empire and then fell and also about the timeframe of the 'Five Good Emperors' in which I could reintroduce Trajan, Plotina, Hadrian, Sabina and even Antinous again, although in much different form. The timelines of these events are so spread out I do not know how I could do this in a coherent form but am trying to think of a way. I think the study of Romes going from a republic to an empire would be interestin in and of itself because it reminds me so much of the USA's status in the last half century or more. Oh, the dude up there is not me-just some handsome bloke I nicked from somewhere-thought I would give poor Danny Nunez a rest-I actually tried to do multiple images here but it is not letting me. I will try again-maybe it will let me if I come back and edit post. Peace, best wishes and happy new year to anyone stopping by or passing through! Ok it let me but I thought the other image would be at the end of the post dont know how to do that I guess. The shirtless guy is Daniel Miagany nicked from Hot Men Appreciation.

Happy New Year to you too.

I'm curious. I know why I'm interested in the classics (six years of Latin will do that to a person). What draws you to the subject?

Hi X-thanks so much for stopping by-I am really enjoying going through your archives! I honestly can't say 100 percent sure-I was never exposed to antiquity in any form during my education-I think in the late 80s-very late prob 89-90 I heard someone who sounded very knowledgable on a radio program and got me very interested-this person also mentioned the parallels between Rome and America-bread and circuses and all that-after that small time 89-91 I lost interest and then when I read the Lambert book it got me hooked again! best to you as always!

I love Ancient Roman History too - because as an Empire it produced amazing results for it's time. And then, imploded ... I always think there are lessons there for us if we but take notice.
Happy New Year to you. I hope it is a fantastic one for you and your readers.

Aggie -thanks so very much for stopping by MFM-In my insomniac travels around the blogosphere lastt night I hope I remembered to wish you one! -Love your blog and I am really thinking this would be a good idea for some posts-it is an interesting area of history! Happy 2009 to you and your family!

paltry education aside, you have a brilliant mind. reading your recent metaphysical thoughts are expanding my own thoughts on such subjects, esp. on reincarnation and group souls. thank you for that.

Nina-thanks for stopping by MFM! I am glad you are enjoyimg these subjects-happy new year to you also!