Paranormal & Fortean : Questions About the Nature of Reality 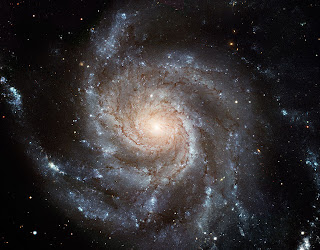 The set of ideas I will start presenting in this post will turn into a 'series' even though I said I would not do a series while I was doing my thoughts and story on reincarnation. There are two reasons I have changed my mind yet once again on doing series. I feel that my research into reincarnation and the isssues that surround it will last for a very long time-the quality of comments I am getting are always leading towards new ways of thinking. I also think that some of the subjects I want to present touch on the issue of reincarnation itself in some ways as I feel this one does, although that might not seem obvious at first.

The ideas that I want to get into here relate to the 'fabric' of reality, the universe and will by the end touch on some things previously mentioned at MFM as to the nature of the soul. In modern physics there has been much speculation about where our universe came from and if there might be other universes and even if there are universes which do not obey the same physical laws as ours, have different dimensionality and atomic particles. In this first post I will try to get into some of the major ideas modern scientists are thinking about. I do not believe as I have stated before that the question of why there is something rather than nothing has been answered and may never be answered. Of necessity we are going to leapfrog this question and talk about modern research where there is very serious speculation that there are multiple universes and even infinite numbers of them. The first type of multi-verse to talk about is one that obeys our physical laws and has the same dimensions of space. Most modern astronomers believe that our universe began in a vast explosion of a primordial cosmic fireball-the Big Bang. For the purpose of this set of posts we will not get into whether this theory is correct or not-just into some of the intriguing speculation that comes with it. When modern astrophysics talks about the Big Bang, the theory works best when it is supposed that in the first infintesimally small slices of time (it would be inappropriate to even use miliseconds here-I have seen levels of time discussed as small as 10 to the negative 43rd power-thats a heckuva small amount of time) the universe underwent a period of extreme inflation. The size of the universe expanded exponentially and keeps on going to this day, some research suggests that the universal rate of expansion is accelerating.


This led some theorists to suppose that space may be infinite-and why not? It has always seemed to me that if we have something at all, maybe the only background that can explain this are philosophies and scientific theories that suggest infinite space and eternal time. The ideas that I am going to immediately talk about only need space to be infinite and the distribution of matter sufficiently uniform on all scales. After you reach certain immense distances, as we are dealing with infinity here, you would eventually come to another area in this expansion (scientists call them Hubble Volumes after the famous astronomer Edwin Hubble who discovered the expansion of the universe), where you would have an area of space with the exact same likeness and history as 'our' area of space. This has even been calculated by astrophysicist Max Tegmark to be 10 to the 10th to the 29th power measured in meters-that is an incredibly huge distance and there is no way theoretically 'our' area and 'their' area could ever be in communication. What this means from a philosophical standpoint is truly incredible. It means that even the most unlikely events must take place somwhere and sometime. I find this very interesting when thinking about certain paranormal phenomena. It also means there are an infinite number of inhabited planets. This would include an infinite number of planets with infinitely many people with the same likeness, name and histories as you! In fact in this theory there are infinitely many regions that are the same size as our whole observable universe where every possible universal history and timeline occurs.

This does pose some incredibly deep philosphical questions. If there are infinitely many copies of 'you' with identical histories and the like-'you' could still not compute your exact future even if you had complete knowledge of all these other universes-because all of the 'yous' feel that they are the origin, the real you and each of their lives will begin to differ eventually so the best that a person could do even if they had all this information is predict probabilities. This kills the idea of determinism. In some of my pondering on the nature of the soul and reincarnation I also thought that the possibility of an infinite number of 'yous' posed some very interesting questions, many people who read this can probably think of a few of their own! In a very real sense in this situation would your soul ever really die-in the most complete sense? Once you have an infinity of space to play with and an eternity of time things get strange indeed. A very fascinating scientific proof has been shown that cosmic inflation can produce an infinity of multiverses even in a bubble (Hubble Volume) of finite size and a flat universe with finite volume and the topology of a torus is equivalent to a periodic universe with infinite volume! If you think that some of the ideas talked about in this post are strange-just wait until the topics in the next post -or two posts if it is required. In some of the 'strangest' scientific thoughts and theories I think it is extremely intriguing that these theories are the ones where the science and what we observe in our reality 'works'.
The image is of the M101 spiral galaxy-a very beautiful example in Ursa Major. The galaxy is also huge with estimates of twice the Milky Way's diameter-170,000 light years across and a mass of between 100 billion and 1 trillion suns. The galaxy is famous for the huge number and brightness of its regions of ionized hydrogen, HII regions, these are areas of high density that are collapsing gas clouds that will eventually form stars.
Posted by Devin at 7:53 AM

Enemy of the Republic said...

I am sure you are familiar with the theory of Quantam Physics and how it is now being applied to what we call the paranormal. I've given these matters a lot of thought--nothing solid yet, but I definitely DON'T BELIEVE what I was told to. Since you are saving reincarnation for another post, let's just think about the universe.

Science points out that the world has changed over time. This to me, is indication that these same principles apply to all hard science--yes, there are catastrophes that can level a city or cause an entire species to disappear (asteroids, volcanos) but even in those cases, it was change over time. The asteroid came from an exploding planet or some debries in space that managed to get to earth--this begs the question of how it existed in the first place. If a planet exploded, I'm assuming the conditions took place slowly--internal geological pressure--this also is true of volcanos. Hurricanes can come pretty quick, but they are not a big bang.

I believe the universe is growing. Did it always exist? Well, if it didn't, what did? If God is the ultimate designer, then he was capable of existence without time or space, yet we can only think in those terms. Why? Were we created that way or is that change over time another part of design? It then begs the question of intentionality in the universe; if there are carbon copies of us and if there are parallel time schemes (which is highly possible) then what ISN'T there in the universe? What limits are there? If God is infinite, why can't his creation be the same? This is one reason I see the idea of reincarnation as highly possible.

Sorry to eat up so much space--pardon the unintended pun!

HI EotR-love to see you here-we are on the exact wavelength-also no pun intended:-) I am so glad there was a comment for this post-I was so tired when I wrote it (still am) that I was afraid it was not understandable-but going by your comment I can see that it was! Your thoughts in the last few sentences are what has been taking over my thoughts in regards to the reincarnation ideas I am doing-I had been working on a whole other topic for the reincarnation story-but the thing about intentionality that you mentioned and 'meaning' to all of this are crowding my thoughts and making the post I should be working on difficult-these thoughts originally started after seeing several articles that led to the post you just commented on. Never worry about taking up space on comments-jeebus you should see some of mine! I really appreciate you stopping by reading, obviously understanding and taking the time to comment! hopefully a lot more on this later-I am just about to give up on the post i feel i should be doing and continue with the thoughts that were under this one-do not know how soon I can have either one here-best to you as always!

Hebrews 9:27
And as it is appointed unto men once to die, but after this the judgment:

That which appears to be re-incarnation is a result of familiar spirits feed the human the info.

Interesting view at67-was just about to go to bed will come back tomorrow and look again-very tired-thanks again for commenting!

THANK yOU ...for you comments i really appreciates it and it gives me strengh to move on..i know God is with me...and thank you for following my blogs.yes im from the philippines and its so hard to find work here..i decided to find work abroad but i dont know if i can coz i dont have enough money for my application..

Prince Naki-I hear you! If my dang connection will hold I will check out more of your work tonight! Peace and best to you always!