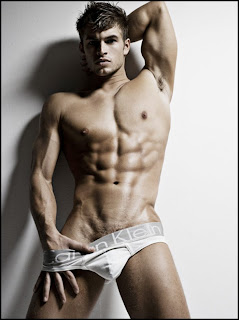 In addition to the 10 "lights" of God contained and transmitted by the Sephirot, Kabbalah also describes a more primordial light that shines from the Ein Sof (Infinite) itself. This light, the origin of all Creation, and all lower lights, is called the Ohr Ein Sof ("the light of the Infinite" or otherwise, itself "The Infinite Light").

The Kabbalistic and Hasidic teachers asked the question of how there can be a revelation of God, in the Ohr Ein Sof, before Creation. They reasoned that before Creation, there could not be a being to behold a revelation of Divine light. The Ohr Ein Sof is a form of Divine self-knowledge, and through God knowing Himself, He created everything, with its subsequent historical unfolding, God its ultimate purpose in the innermost Divine Will.

Because the Ohr Ein Sof is itself infinite, it couldn't be responsible for the creation of Worlds. Any direct creations of the Infinite Light would be of infinite number, and would not be actual creations at all, as the would remain totally nullified ( "bittul") to the Infinite Light, and would have no independent self-awareness. Instead, it is only through the restrictions of the Sephirot and the descending "Chain of Progression" (Seder hishtalshelmus), that the Worlds could manisfest.

As the Divine Light descends through the chain of worlds from the Infinite to our finite realm, the creative flow of Divine light encapsulated in the Sephirot, undergoes countless restrictions, diminutions and veilings, to progressively hide Divinity. In Kabbalah these are called "Tzimtzum" (Constrictions-plural "tzimtzumin").

However, after the new teachings and doctrines of Isaac Luria (The "Arizal"), in Lurianic Kabbalah, these innumerable Tzimtzumin of the descending chain of Worlds are called the "Second Tzimtzumin." Isaac Luria taught the new concept of a "First Tzimtzumin", based on earlier allusions in the Zohar. As Lurianic Kabbalah became almost universally accepted in the Jewish development of Kabbalah, in modern times if the term Tzimtzum is used without qualification, it will invariably refer to the first, cosmic ultimate Constriction taught by Luria.

In Lurianic Kabbalah, the Tzimtzum concealed the Ohr Ein Sof, which resolved the dichotomy between the Infinite Light and the possibility of creating finite Worlds. Without this raidcal leap of a concealment of the Ohr Ein Sof, even the progressive, gradual concealments of the Chain of Worlds, the problem would not be properly overcome. Only a second, new light, extremely diminished, and of a different quality than the Ohr Ein Sof, could become the creative source of all reality. This new light, a "thin" illumination from the Ohr Ein Sof, called the Kav ("Ray), shone into the "Vacated Space" (this goes back to the concept of the "Ari", that at the beginning of Creation the Divine "withdrew" a complete tzimtzum from a "Chalal" ("Vacated Space"), to allow Creation to take place), and was a light that was adapted to the perspective of the subsequent creations on their own terms. It could relate to a finite creation (Divine Immanence), rather than the infinite Primordial light (the ultimate Divine transcendence). 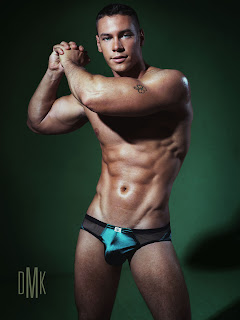 Interpretations of this in Kabbalah and Hasidic philosophy, are careful to avoid literal, spatial, geometric understandings of the Vacated Space and the Kav , as such dimensional understandings relate only to our physical world. Nonetheless, circular diagram representations of this, strictly metaphorical, are used in Kabbalah to represent the process. In the first, a black circle is broken only by one thin, vertical, straight line that descends from the surrounding white into the centre of the black circle from the top. Here the surrounding white represents the Chalal vacated "space", and the thin white line represents the "thin" illumination of the Kav, derived from the Ohr Ein Sof, but able to illuminate into the Chalal on its own terms.

The same Kav line is still shown connecting the outer Ein Sof to the centre of the circle, as the light of the Kav is the origin of all Creation after the Tzimtzum, towards the circles centre. The utilization here of concentric circles, or spheres is also significant, as with each subsequent lower step, the light "encompasses" (sovev-"surrounds") that level of "immanent" ("mimilei-"filled") creation. Each of the Sephirot comprise both an encompassing light vested in its immanent vessel. Each World similarly incorporates its own relative level of Divine transcendence, illuminating its own level of Divine immanence. An image of the interpenetrating Worlds of the Kabbalah and the light of the Kav is pictured below. 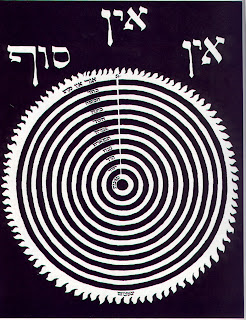 I hope Mesa is overflowing with splendour & coolness :) very best to you & your family xx

Hiya Alex,
thanks so much for stopping by!!
I am trying to link to as many words as I can - they tend to get me confused too-
don't worry a'tall about stealin and thievin here - haha - I am thievin most of this information from wikipedia and inner.org-
my next set of articles should have more varied sources and thoughts in it -even tho it will still be Kabbalah
I hope you and yours are also doing splendourously down under -very best to ya'll tooxx
O- nix on the coolness- LOL- i think it is gonna be 110 F today- please send some cool air here:-)