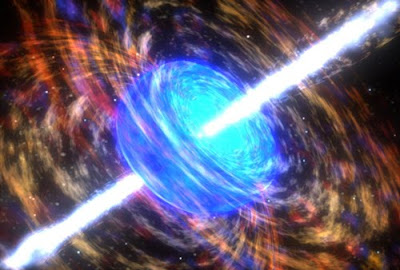 A record-breaking gamma ray burst from beyond the Milky Way temporarily blinded the X-ray eye on NASA's Swift space observatory on 21 June 2010. The X-rays traveled through space for 5 billion years before hammering into and overwhelming the space-based telescope. "This gamma-ray burst is by far the brightest light source ever seen in X-ray wavelengths at cosmological distances," said David Burrows, senior scientist and professor of astronomy and astrophysics at Penn State University and the lead scientist for Swift's X-ray Telescope (XRT). 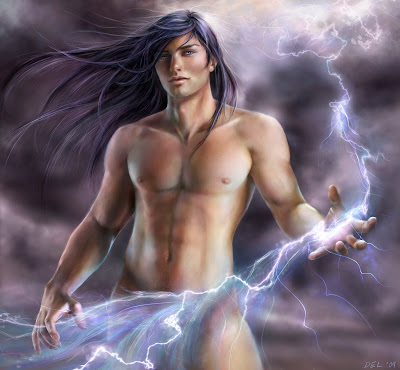 A gamma-ray burst is a violent eruption of energy from the explosion of a massive star morphing into a new black hole. This megaburs, named GRB 100621A, is the brightest X-ray source that Swift has detected since the observatory began X-ray observation in early 2005. 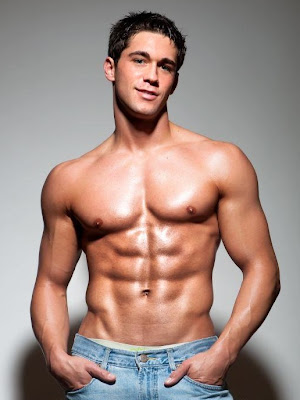 Although Swift satellite was designed specifically to study gamma-ray bursts, the instrument was not designed to handle an X-ray blast this bright, "The intensity of these X-rays was unexpected and unprecedented," said Neil Behrels, Swift's principle investigator at NASA's Goddard Space Flight Center. "Just when we were beginning to think that we had seen everything that gamma-ray bursts could throw at us, this burst came along to challenge our assumptions about how powerful their X-ray emissions can be."

The model is the ultra-luscious Nick Ayler!