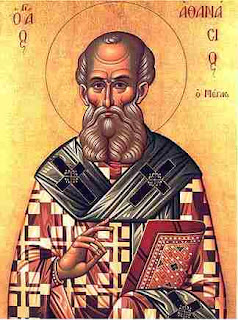 "And such a one is the god Antinous, that was the emperor Hadrian's minion and the slave of his unlawful pleasure. A wretch that when worshipped in obedience to the Emperor's command, and to fear of his vengeance, knew and confessed to be a man, and not a good deserving man neither, but a sordid and loathsome instrument of his master's lust. This shameless and scandalous boy died in Egypt when the court was there; and forthwith his Imperial majesty issued out an order or edict strictly requiring and commanding his loving subjects to acknowledge his departed page a deity and to pay him his quota of of divine reverences and honours as such; a resolution and act which did more effectually publish and testify to the world how entirely the Emperor's unnatural passion survived the foul object of it; and how much his master was devoted to memory, than it recorded his own crime and condemnation, immortalized his infamy and shame, and bequeathed to mankind a lasting and notorious specimen of the true origin and extraction of all idolatry." St. Athanasius 350 A.D.

At the first Council of Nicea in 325 A.D., Athanasius argued against Arius and his doctrine that Christ is of a distict substance from the Father. He is revered as a saint by the Oriental Orthodox, Roman Catholic, Eastern Orthodox and Eastern Catholic Churches.

Next we go to the famous historian Edward Gibbons, from his The Decline and Fall of the Roman Empire: "The deification of Antinous, his medals, medals, statues, city, oracles and constellation are well known, and still dishonor the memory of Hadrian. Yet we may remark that of the first fifteen emperors, Claudius was the only one whose taste in love was entirely correct."

As we can see the relationship between Antinous and Hadrian has had many detractors down through the centuries. I hope to refute many of their claims in the next set of posts. I just wanted to give a little background to how their relationship was viewed by the early Christian church, pagans and other historians. Much of the claims against Hadrian and Antinous were entirely false -at least I hope I can get you to agree with me with the evidence I will provide. You will have to make up your own mind ,as to whether you agree with me that there was much beauty and mystery in their relationship also. The next post about Antinous and the refutation of a particular charge against him is largely done and I hope to have it here tomorrow unless other issues prevent me from posting it.
Posted by Devin at 10:33 PM

That is such a strong interest you have in this subject - do you feel a connection, like perhaps you were there at that time?
I have allowed the idea of reincarnation for a long time & recently had an extremely strong experience that 'felt' like it came from another time - not only that, if it did it explained something I have struggled with constantly throughout this life.

Just a thought, perhaps you have wondered about it yourself :)

Thanks too for the poem - loved the line;
"Beauty is truth, truth beauty--that is all
Ye know on earth, and all ye need to know."
I think this would make 'answers' redundant - I'm not sure but I wonder if there were no answers would beauty return to life? - I just looked up the etymology of 'answer' & it means "make a sworn statement rebutting a charge." - that seems to say to 'positively deny', which implies to me the cancelling out of something - too mant things get cancelled out every day & where is the beauty??
Sorry got carried away :)

Have a great day.

Wise, as always beautiful and intricate thoughts and feelings coming from you. I am so glad you continue to stop by MFM!
In regards to the interest in the subject question-I really dont know-I have always felt a deep emotional response to this story-do not ever feel like you are going out on a limb here-the idea of reincarnation has always interested me-I would love to have felt that in another life I was a scribe of some sort-Babylon, Alexandria, Rome any ancient place really-who realized how precious the transmission of stories and knowledge and ideas was. And believe you me-I would love to feel that I was the beautiful youth from Bithynia in a former life!
One thing I have felt for a very long time is that as history repeats itself so much-what do we know about the nature of evil that the acncient Greeks didn't know?
I have long felt that the United States of America is the modern version of Rome-I hope to be doing a post or several about the fascinating author(sci-fi-philosophy) Philip K Dick and his thoughts on this matter.
I am so glad you enjoyed the poem-one thing at MFM I hope to correct very soon is the lack of feminine thoughts and prose and female personalities in history. I have got so bogged down-although to me it is a delicious 'bogging' so to speak in the Hadrian/Antinous story that a lot of male homoeroticism somes through.
There are a couple of female poets whose books I stupdily traded in at the trade in book place here and could kick myself for!
wise, not only did you not get carried away I am delighted by your presence here at MFM and I absolutely adore your blog.
Peace and be well!-Devin

Well once again didn't get all my thoughts down in one post-ask my friends at Rigorous Intuition! I feel that JFK was our last 'republican' president so to speak and the our 'imperial' presidents started after his murder-more thoughts on this later.

wise, this constant posting under my own comments section makes me look like an idiot-esp if i cant get all of my thoughts into one response-but I would love to hear about your experience you mentioned if you can ever come here and post it or at your blog-
reality is definitely not as we are led to believe and I love to hear about people's encounters that suggest 'things are not as advertised' Thanks again for stopping by!

Hi Devin
I totally appreciate the time it takes to collect thoughts - up until I started writing this year I was absolutely convined that I was crap at communicating because I always got muddled - I have learned, at least for myself, that it takes me time to get my thoughts together - days or even weeks, but we are constantly rushed into 'answers' these day - not even time to muse about things. So as far as I'm concerned take as long as you like & also it's your blog so you can do whatever you like - I think many other people are just the same & desperatley need to be allowed time to speak, so I feel you set a wonderful 'human' example. I have always learned most from others when they are in their most human state.

I agree there is a very different 'feel' after JFK - a lack of humanity somehow - perhaps this was part of the reason behind his very public death - it could have been a quiet affair but it was a 'show' put on for the world to see - I am sure it was a statement & a public ritual. I wrote a while ago about a boat that was bombed in Auckland Harbour in 1985, my son & I were just talking about it earlier - it too was a ridiculously 'public' affair - the boat could easily have been sunk without a trace at sea - we have to remember to question why events happen in such 'media friendly' places.

Thanks as always for your kind comments on my blog - I do it because I love it. I may post on my experience if it feels right, it was pretty intense & personal - so I'll just see if I feel pulled to do it, it may tie in with something else somewhere along the way.

All the best as always

Thanks again for stopping by wise!
Every time you comment here I am reminded of something-Tonight what you said about the events mentioned being made sure to happen in front of as many as possible-public horror stories and traumas-call me crazy-but there is no question in my mind Sep 11 was meant to happen in front of the eyes of the whole world. I feel very remiss in not knowing about the Auckland event in 85-I will look it up-thanks for your other kind words too!-Peace and be well to you and your family!-Devin